PEGIDA - I am from Dresden and this is my opinion! 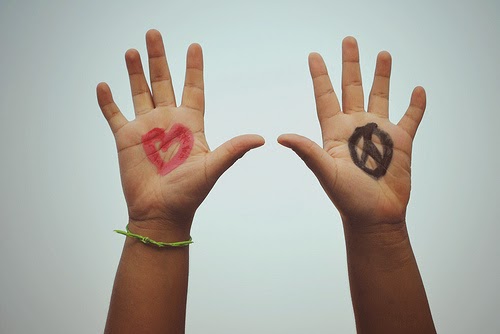 I'm from Dresden and therefore I want to express my political opinion to prevent spirals of silence.
I actually have no desire to write about these people, but I do not want to ignore them, too. In recent days I have fought verbal fights on Facebook with many people. In my personal life I have never met anyone who supported Pegida, thankfully. But this maybe just shows how big the gap inbetween this city's population is.

Rather, all my friends somehow dismayed what's going on here: everyone wonders what these people really want?

The name of the group: PEGIDA seems to say it all: Patriotic Europeans against the Islamization of the West. I mean, islamization? Here in Dresden? Probably not! Here live only 4.7% foreigners, many of them not even Muslims! I think the most of the "fellow travelers" want to set an example, like the feeling of belonging somewhere or to let off steam. I understand feelings of disenchantment with politics, but under the guise of alleged concern for the values ​​of the Christian West (only 20% of the people living in Dresden are Christians) to rant against THE foreigners? Where is the Pegida heading? I ask myself.

What especially annoys me is the blurred positioning of these people: only to let everyone participate, whether from the civic center or a right-wing extremist. This is very visible on the positioning paper of the Pegida. At first glance, you would think, they want to have foreigners, anyway. Point 1 is namely:


Pegida is for the admission of war refugees and political or religious persecuted refugees. This is a duty of men!

There is little one can say against it, but already point 2 is ridiculous:


Pegida is for the inclusion of the right, and the duty to integrate into the Basic Law of the Federal Republic of Germany (until now there is only a right to asylum anchored)!

Dear Pegida-people: How could a demand like that be implemented please? Who determines when someone is integrated and when not? How homogeneous do you want Germany to be? Who controls that, please? Perhaps Big Brother?

I, frankly, do not feel like working through the whole position paper. It is clear that there are only " items" that are not backed up with concrete proposals for action. It is not explained what is meant by the various points and how these could be implemented. Such a blurred paper is perfect to get as many people to come over to the Pegida side.

I would now especially be interested to know how the Pegida moves on? Always going for a walk in silence will eventually become ineffective. How do the leaders will keep a brown-motley crew together? Eventually, this topic might become boring for the media. Finally, talking is forbidden for Pegida people, except on facebook and what you get to hear there is quite scary! Fortunately, Pegidawatch is giving interesting background information.

To be honest, I get angry about this topic too fast. I hate racism! A wonderful lecture on racism I have recently seen on Youtube:


Photo credit: PG.NETO via photopin cc
Posted by Unknown at 02:16

Having too much stuff cluttering your mind?

My eBook is now available in print: An entertaining guide packed with tips and tricks for a minimalist lifestyle. FREE Shipping at Amazon for $5.49

Also available in German and French.